The Mackin Agency joined Dimond Bros. Insurance Agency Inc. on October 1, 2004. Rick Mackin, former owner, has owned the agency for more than 10 years. The agency itself has been in the Kankakee community for more than 25 years. The Mackin Agency specializes in municipal and township business as well as large commercial exposures. Rick currently works out of the Kankakee office as a commercial lines producer.

William R. Bear Agency Inc. joined Dimond Bros. Insurance Agency Inc. on May 1, 2006.  William Bear Agency is located in Freeport, Illinois and was founded in 1962.  Bill Bear, former owner, purchased the agency from his father in 1983. Bill retired from Dimond Bros. in 2011.

The Newton Agency Inc. joined Dimond Bros. Insurance Agency Inc. on August 1, 2008.  The Newton Agency Inc. opened its doors for business on July 1, 1990.  Bill Newton started his agency from scratch and has built it into one of the best personal lines and small commercial agencies in Coles County.  The agency currently serves the insurance needs of over 1,000 customers.  Bill continues with the agency and services his existing customers and produces new commercial business.

Mr. Hollis retired and sold the business to Lynn and Larry.  Hollis, Neff & Bomke Insurance has an emphasis in personal lines and has a very strong presence and reputation in the Springfield community.

Jacksonville and Roodhouse.  The Colton Agency was originally founded in 1927 by J. Chester Colton, and then was purchased by Ernie Downey in 1982.  The Colton, Downey and Associates Agency is the largest agency in Morgan County.  Ernie Downey continues to stay on with the company as a producer and part owner.   The agency specializes in Trucking, Contractors, Personal Lines, Life and large to medium commercial exposures.

The Keck Agency joined the Dimond Bros family in December of 2012.  The agency began in 1893 when Charles Keck started selling insurance out of his barber shop.  His sons soon joined the agency, and the business continued to grow with the community.  Jay Walter joined the agency in 1982 and purchased it in January of 2000.  The agency is a highly respected business in Fairbury, Illinois, and writes insurance for various types of businesses, both large and small, and also services many personal insurance policies.  They also help many area farmers with their crop insurance needs.  Jay continues with the agency, along with his staff, to service his customers and to assist new clients.

CBW Insurance was founded in Cherry, IL in 1904. 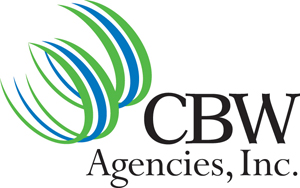 In 1984 the current owners, Jim and Chris Coughlin, began to grow by acquiring other agencies.  With offices now located in Cherry, Ottawa, Kinsman, Amboy and Ladd, IL, the CBW family of agencies joined Dimond Bros in June 2013.  The agencies have decades of experience in farm, MPCI, and crop hail insurance.

The Lueders Ross Agency of Granite City, IL has joined Dimond Bros Insurance effective August 1, 2013. Tom Ross, former owner, and his staff bring more than 105 years of experience to the agency. Their emphasis has been in personal and commercial lines insurance. Lueders Ross Insurance Agency has a very strong presence and reputation in Granite City and the surrounding area.

Koonce Insurance Agency, located in Marion, Illinois, has proudly served southern Illinois since 1993.  Former owner Jim Koonce and his staff joined Dimond Bros in June 2013.   Jim and his staff bring years of insurance experience to the Dimond Bros. family.  This agency's emphasis has been with personal and commercial lines as well as farm, and life & health.  Koonce Insurance Agency has a very strong presence and reputation in the Marion area.

2013.  Les and Jina Mellott, former owners along with staff bring more than 90 years of experience to the Dimond Bros Agency.  ISB specializes in Commercial Lines and has a great reputation for service with their clients in Southern IL .

The Insurance Store of Mt. Vernon, IL has joined Dimond Bros Insurance, LLC family effective December 31, 2013.  Mike Beard, former owner, and daughter, Sarah Beard bring more than 35 years of insurance experience to Dimond Bros.  The Insurance Store emphasis has been in Personal and Commercial Lines.  They have a great reputation in the Mt. Vernon and surrounding area.
Diana Thomas of Mt. Vernon, IL has joined Dimond Bros Insurance, LLC effective January 1, 2014.  Diana’s focus is in benefits with a emphasis in Group Health, Individual Health and Medicare Supplements.  Diana brings over 15 years of experience to our Dimond Bros family.  She has a strong presence and reputation in the Mt Vernon area.
Pillar Group Risk Management merged with Dimond Bros. Insurance, LLC on November 1, 2014.  Pillar Group is a leading independent insurance agency in Indianapolis, Indiana with roots dating back to 1927.  John Hannon, President and Nancy Nonweiler, Chief Operating Officer of Pillar Group lead the Indianapolis office’s staff of over 30 licensed insurance professionals servicing clients in Indiana, multiple other states, and internationally.  Pillar Group has extensive experience representing a variety of larger commercial businesses including but not limited to Contractors, Real Estate Owners, Managers & Developers, Manufacturers, Distributors, Municipalities, Physician Groups, Non-Profit Organizations, Life Sciences and many other industries.  Pillar Group’s focus is to administer the most competitive insurance programs with coverage tailored to protect their client’s operations with a true focus on risk management.  Pillar Group has an experienced Personal Insurance team that works with clients to protect their personal exposure to loss safeguarding their client’s assets.

d son Kyley Willison whom both remain active in the office.  Along with Cary Crawford, a key member of the Willison team, they have a combined 67 years of insurance experience.  Willison Insurance Agency specializes in farm, crop, personal lines, life and small commercial.  The community will still recognize the same faces and same service they have grown to expect from the Willison Insurance team with the added benefit of additional products and services.

brought
his book of business into Dimond Bros Insurance on August
1, 2015.  Robert Turner Agency started in 1962 with the purchase of the Queen Ins Agency in Jacksonville.  Steve Turner joined the agency in 1973 and Tom Turner in 1975.  Following purchase of other local agencies in 1975, 1979. and 1985, Steve Turtner became the commercial producer.  Steve continues in this role after joining the Jacksonville Dimond Bros office.

The McSherry Agency, Inc joined Dimond Bros. Insurance, LLC on May 1, 2016.  Brian McSherry (agency principle) sold his agency to focus on his new position as Vice President of Agent Insurance Services for the Independent Insurance Agents of Illinois.  Serving the Pontiac and surrounding areas, the McSherry Agency, Inc has a strong focus on personal, commercial, and farm lines of coverage.  The staff merged with our existing Pontiac location and continues to service clients out of our newly remodeled facility.

On July 1, 2016 the Peru Location of Jackson Kahl Insurance joined Dimond Bros. Insurance LLC.   All 13 of the Sales and Account executives remain and operate out our Peru location which now serves as a North-Central hub for training and client services in Illinois.  The Peru location of Jackson Kahl focused heavily on personal, commercial, and benefit coverages and employs a passion for taking care of their clients.

Insurance Consulting Services, owned by Jim Manion and located in Mount Vernon, IL, merged with Dimond Bros Insurance, LLC on April 1, 2017.  Jim brings more than 25 years of insurance experience with group health benefits to the Dimond Bros family.  He has been an insurance leader in Southern Illinois and employs a passion for taking care of his clients.  Jim has relocated to our Woodlawn office. 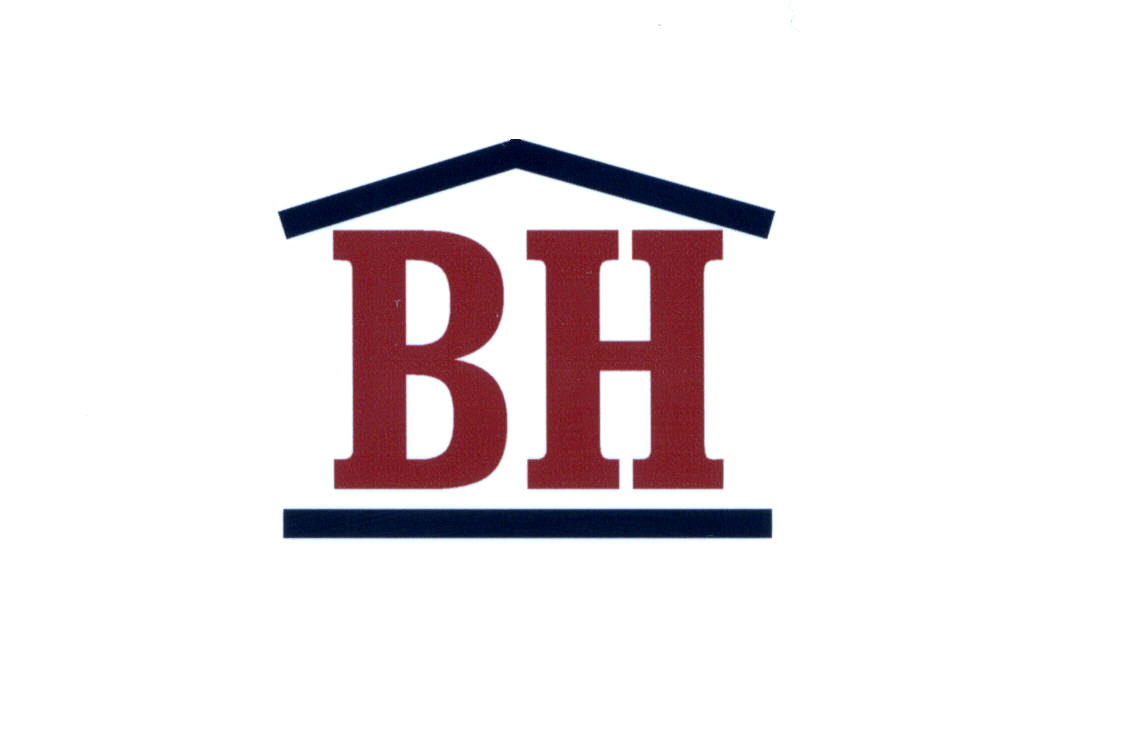 The P&C division of Baldwin House Agency, Inc joined Dimond Bros on April 1, 2017.  Baldwin House has been a leader in their community and all of Southern Illinois providing their clients with great service & quality insurance products.   Mark Baldwin, prior owner, along with Michael Baldwin, John Schubert, Jay Schubert, Pat Heseman, Kevin Meyer, Deb Meyer and Deitt Goforth, bring years of property and casualty experience to our Dimond Bros family.  They are all very anxious to work with our vast array of carriers, which will allow them to continue to provide exceptional products & services.  The benefit division of Baldwin House joined Dimond Bros in January 2016.

Whitacre-McNamara Insurance Services joined the Dimond Bros. family on June 1, 2017. Don Whitacre and his staff of 3 experienced agents will continue to service the Mt. Zion, Illinois office. The Agency was established in 1932. Don joined the business in 1978 and became the sole owner upon the passing of his father William in 1991.  The Agency provides a full line of insurance services catering to both personal and business insurance clients.

On July 1st, 2017, Mike and Mark Petrus and their staff of 4 joined the Dimond Bros. Insurance family.  Formerly from Critchell-Miller & Petrus, this Elmhurst, IL based location brings expertise in many commercial areas of insurance including restaurants, hospitality, manufacturing and contracting risks.  They are a high valued home/auto provider as well.

Joe Meadows and the entire staff at Rochelle Insurance Center joined the Dimond Bros. family on 01/01/2018. Since 1979 they have been serving the Rochelle community (and beyond) in all areas of insurance services...with a specialized focused on benefits and life products..

River Valley Insurance joined Dimond Bros Insurance April 1, 2018.  The agency was founded in 1873 by Henry Ream.   His great-great-nephew Bill Schulte and wife Peg took over the Ream Agency in 1984 and later merged with the Liesse-Barnum Agency to form River Valley.  They continue to service their clients at the Peru location, 3 doors down from the agency’s original office.  They specialize in general commercial insurance, medical malpractice coverage, health insurance and personal lines.

PrimeCor joined Dimond Bros Insurance on Aug 1, 2018. Primecor offered multiple lines of coverage in the Indianapolis area with a specialty in individual and group health. Owner and founder, Dale Jensen has joined Pillar Risk Management, a division of Dimond Bros and works out of our Carmel office as a Sales Executive.

The Lyle R Jager Agency Inc was started in 1952 as a small agency in Kewanee, IL.  Lyle made a commitment to success and with planning and foresight he continued to build the agency.  Today the agency continues his vision as an independent insurance agency representing many companies.   At the Jager Agency we shop the insurance markets for our clients and provide them with the best value for their dollar.  Our staff with many combined years of insurance experience is committed to helping our clients with their insurance needs.